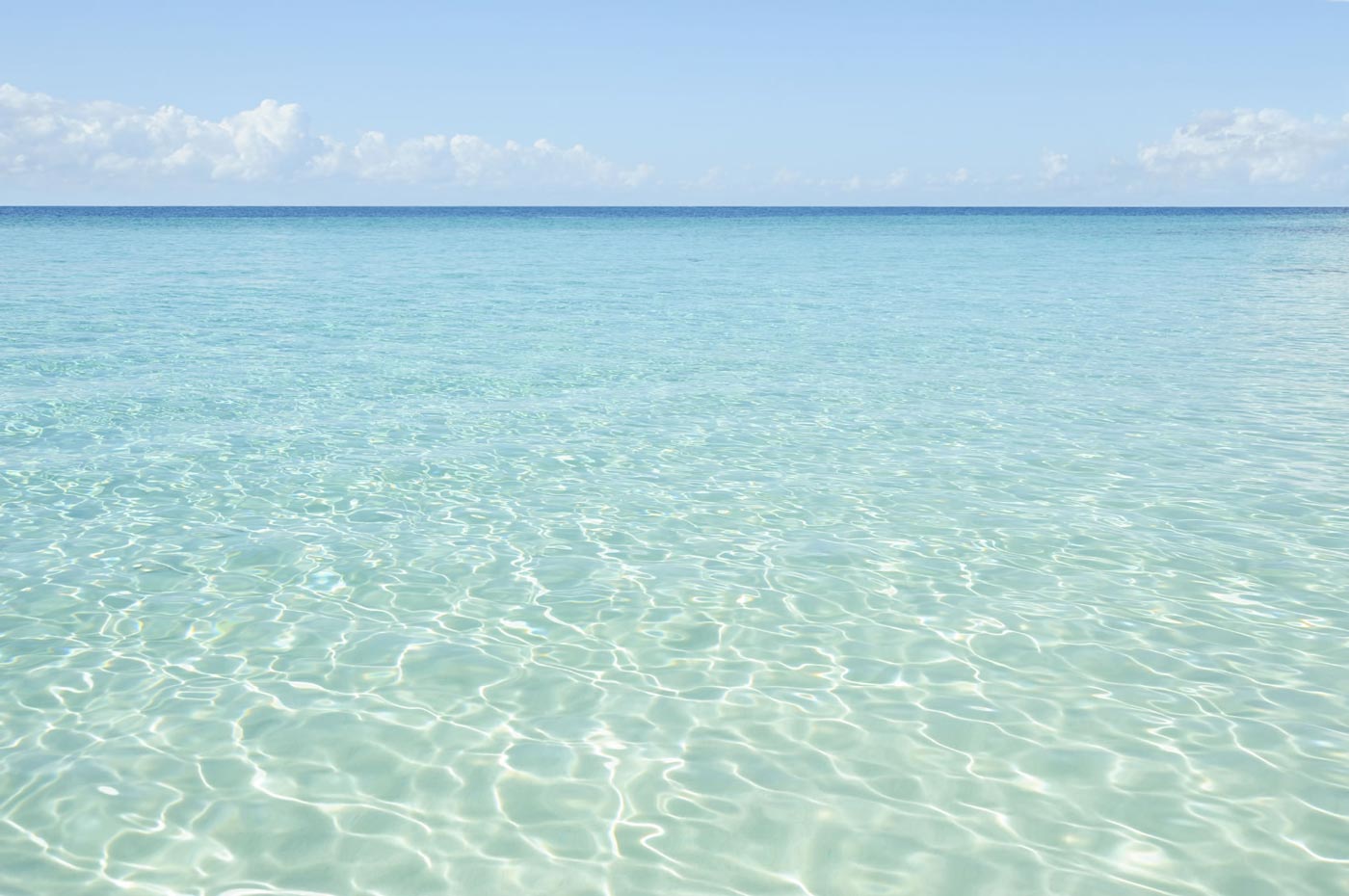 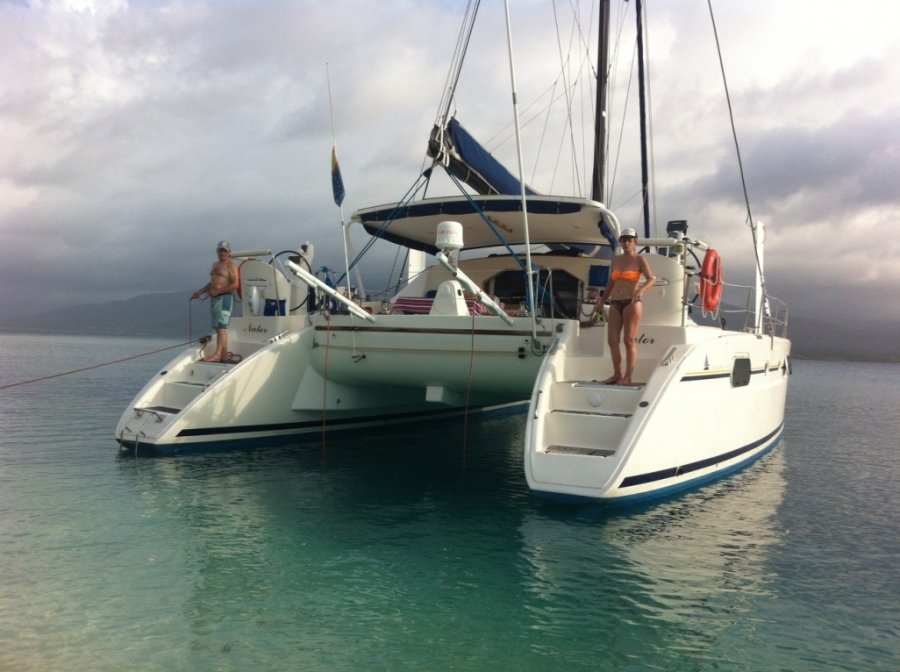 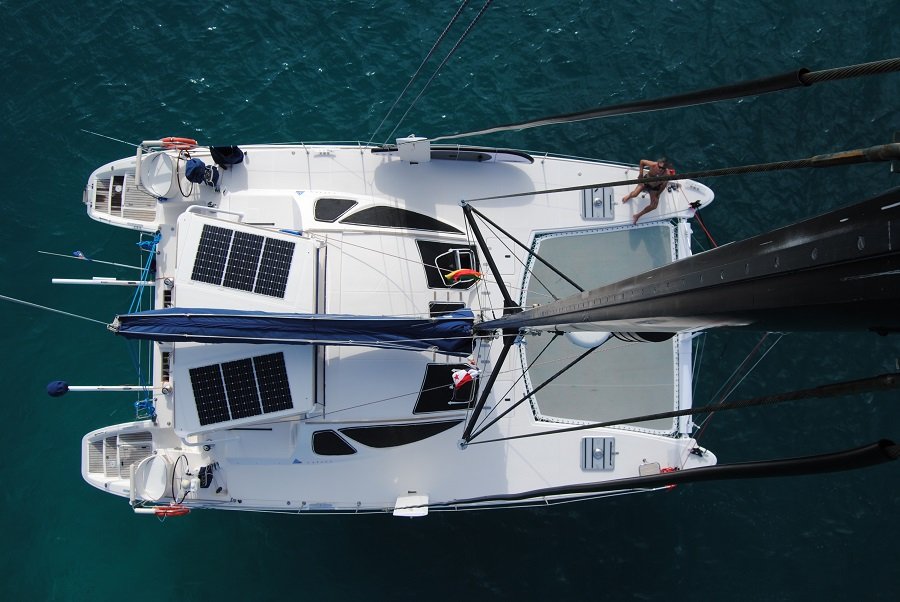 Sail in total comfort through the San Blas Archipelago on a fantastic Sailing Catamaran, Catana 43, ideal for high-range chartering, measuring 13.10 metres/43 feet, built in 1999 by the French Shipbuilders Catana sailing under a Spanish Flag. A fast and safe boat designed with the customer’s comfort in mind and providing high luxury during your nautical holidays, with very wide hulls both on the port and starboard sides, ensuring a spectacular sensation of stability.

In 2001, he decided to buy his first catamaran, the Catana 43, a fast, safe and easy-to-manoeuvre vessel and he decides to sail with it around the Mediterranean.

In 2006, he decided to cross the Atlantic for the first time, sailing to the Island of Guadalupe, In the Caribbean Sea.

In 2007, he began sailing the Caribbean, from the Virgin Isles to the Grenadines, going on to Aruba, Curacao, Cartagena de Indias, San Blas, Panama and Costa Rica, crossing the Panama Canal through the Pacific and returning to the Caribbean to arrive at the Islands of Providencia and San Andrés, Belize, Mexico, South of Cuba and the Bahamas. All of this, using the base port situated in a marina in Panama, in the Caribbean zone. 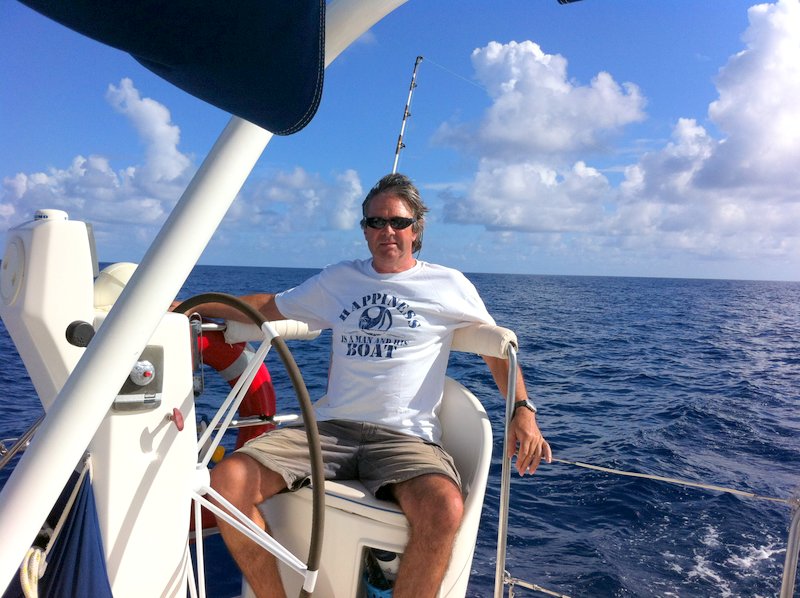 Designed for 6 people, with 3 double cabins, 1 with a private bathroom and shower.

Even the smallest detail is looked after, with excellent maintenance and conservation both inside and outside. 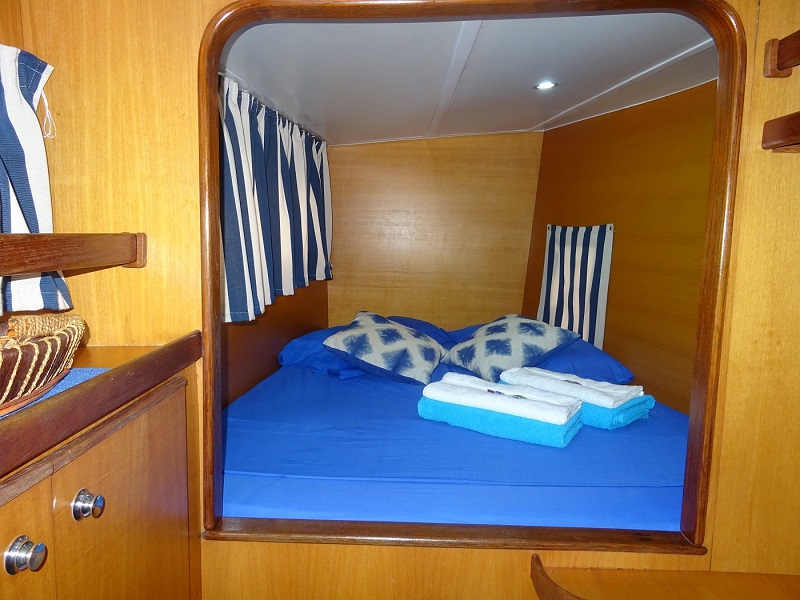 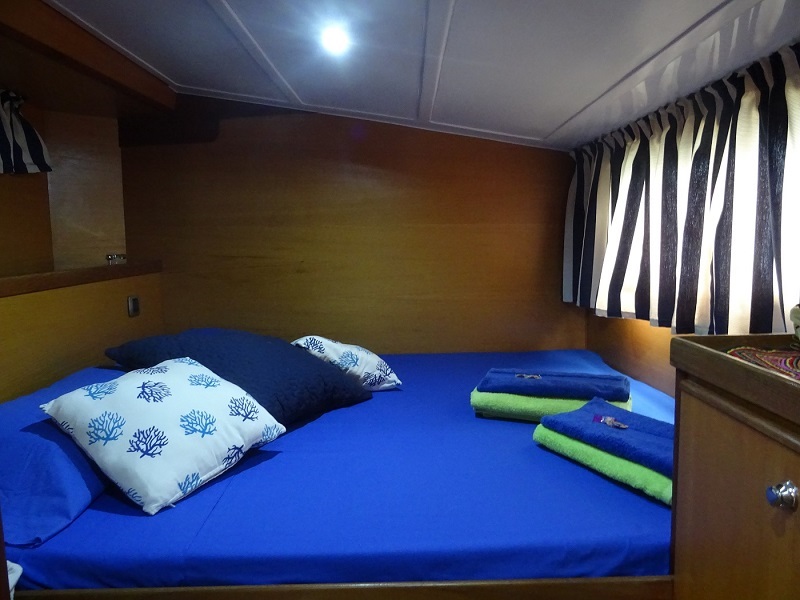 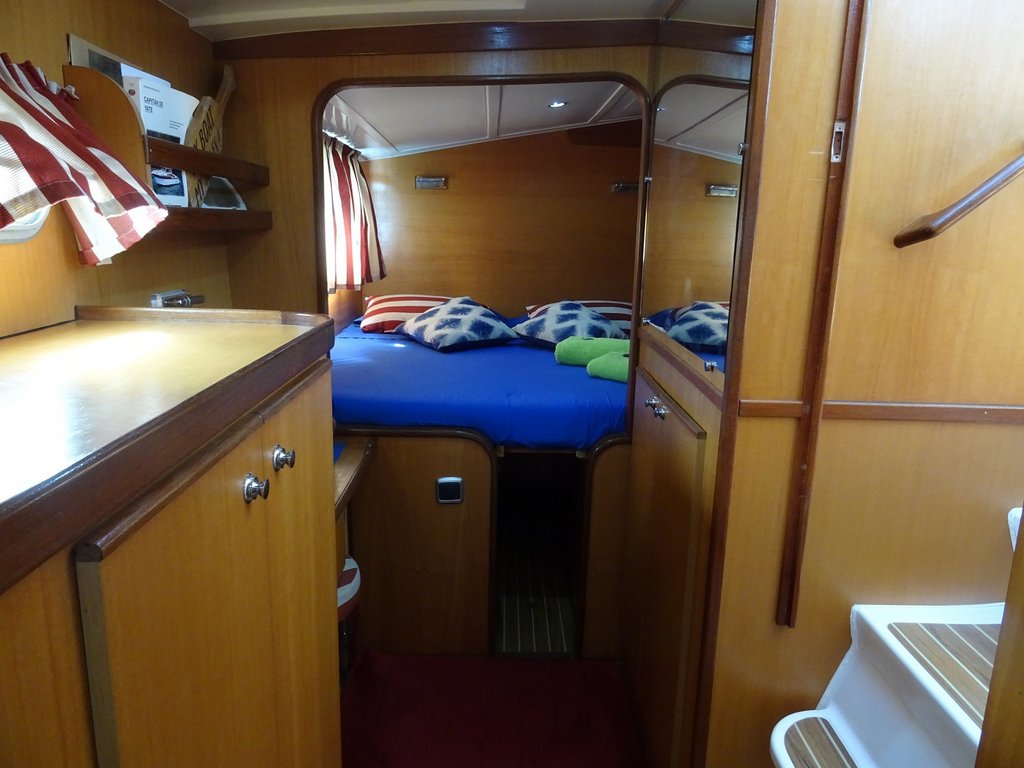 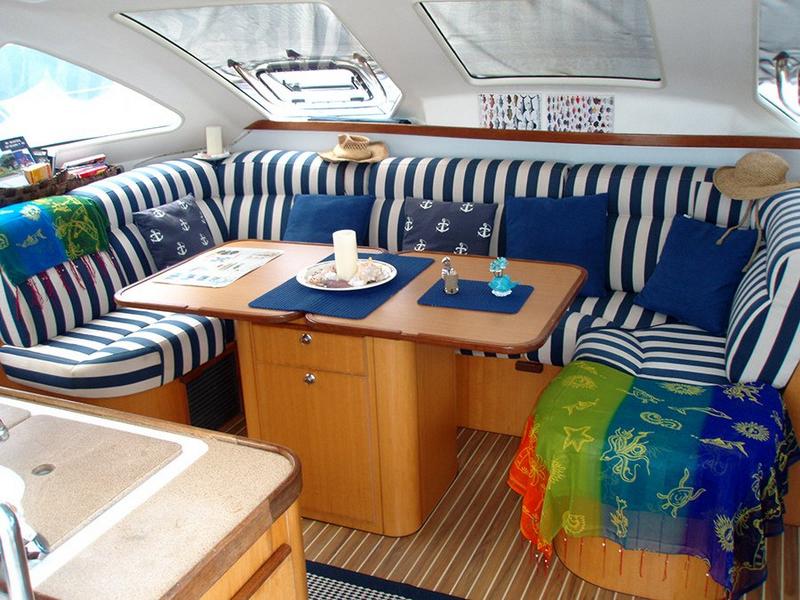 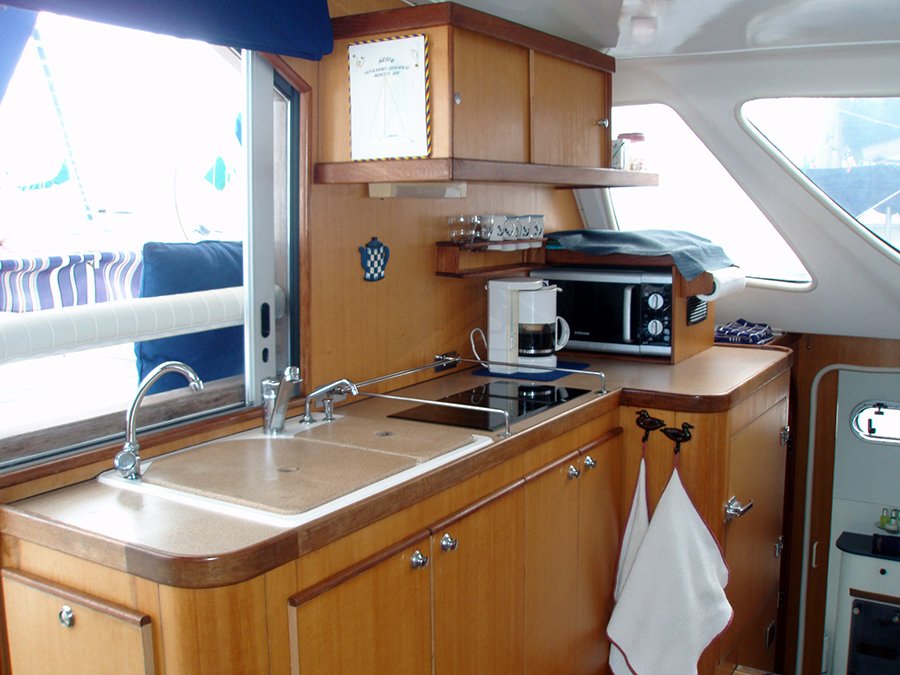 You might ask yourself: what can I do on a catamaran apart from sail, sunbathe and swim in the sea?

The advantage of having a hotel room that sails the seas is that you can visit different islands, with their virgin beaches and crystalline waters, without needing any other means of transport.

You can explore the reef or snorkelto the wreck of Dog Island. You will be amazed by its biodiversity, the brightness of the depths and the warmth of its waters. Back on land you can buy their handcrafts, try their food, enjoy the beaches and even have a campfire at night beneath millions of stars

If you are curious about the owners of this paradise, we invite you to discover the ancestral indigenous culture of the Kuna, their dances, their rituals… Onboard this charter you can visit the different islands.and experience the intoxicating emotion of sail boating.

If you like to fish, we have all fishing accessories onboard. If you like paddling or kayaking, you will also find the right equi. 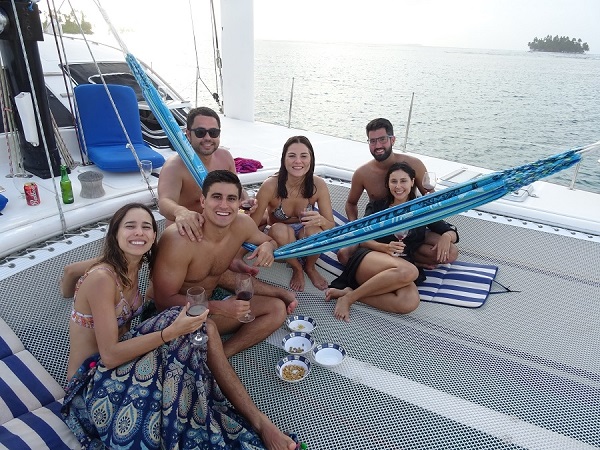 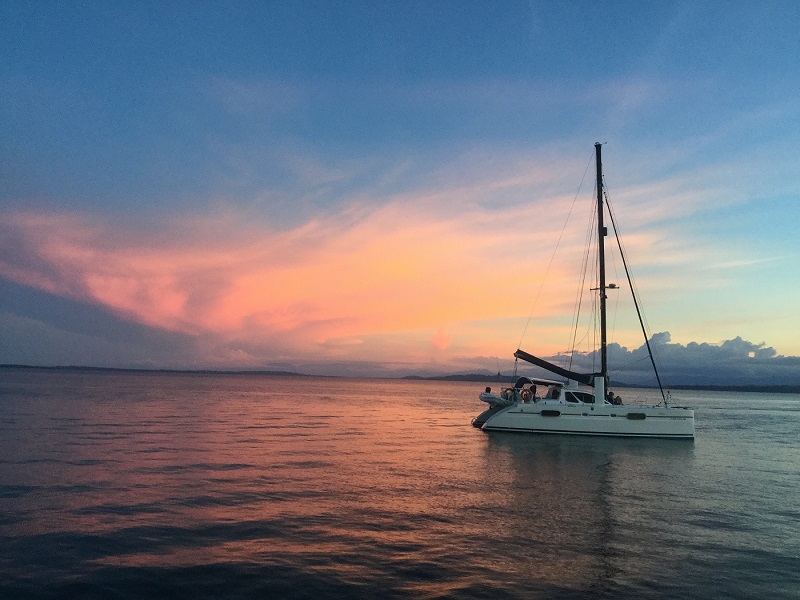 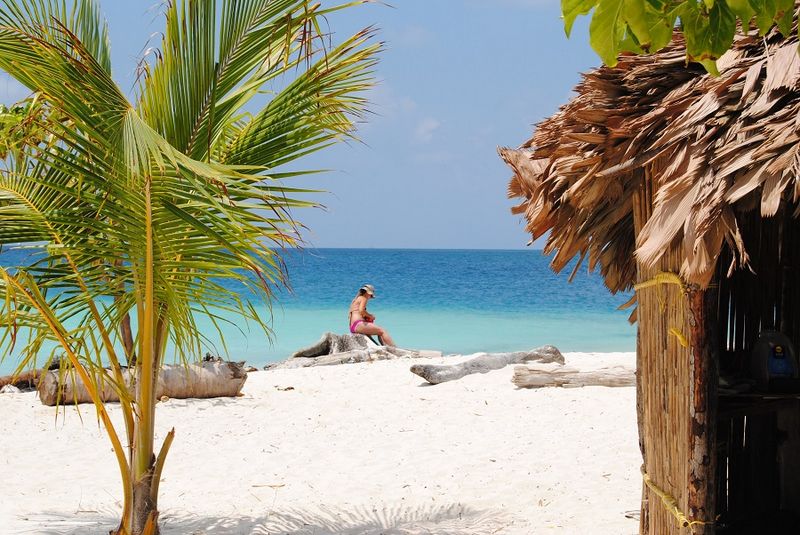 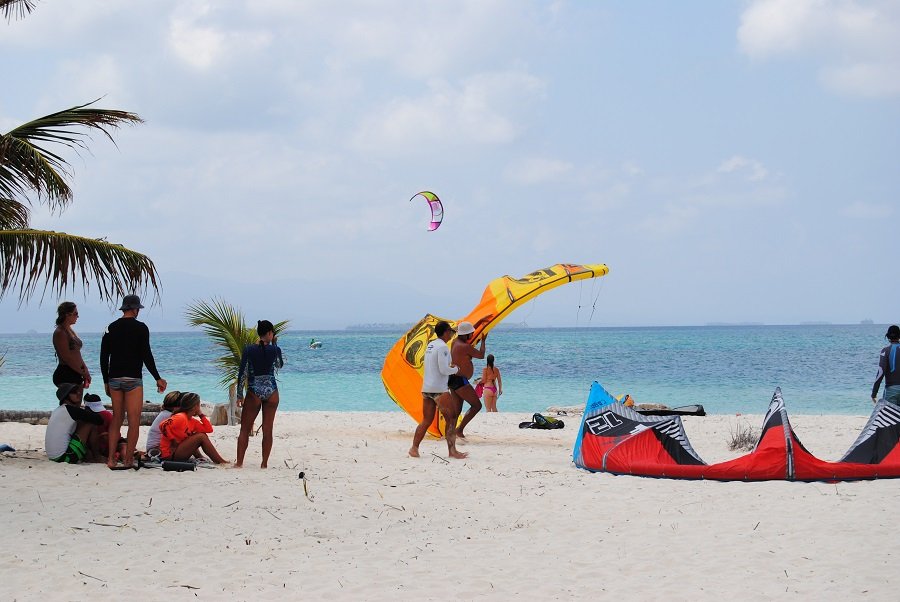 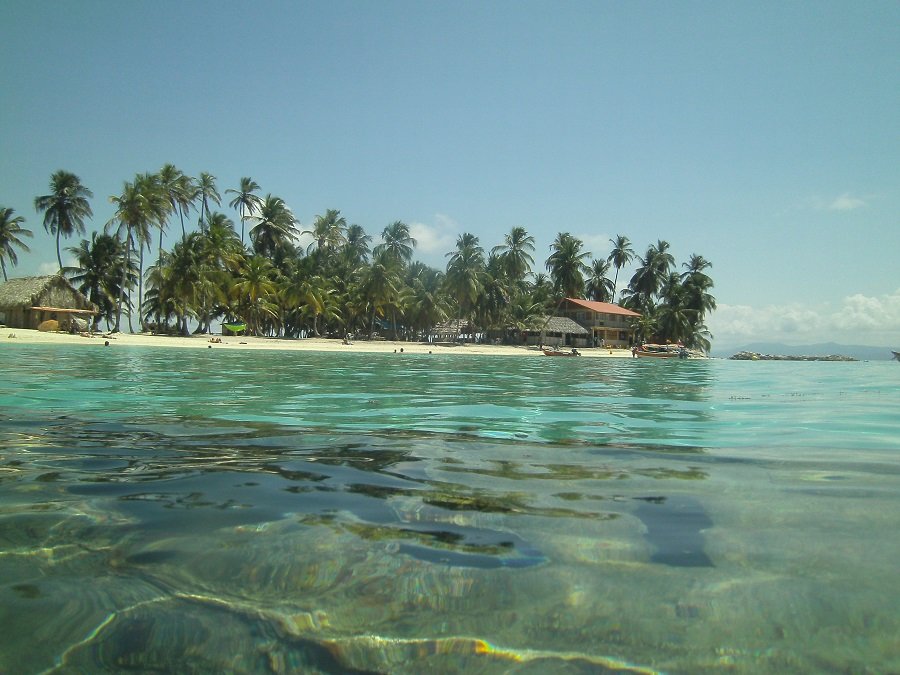 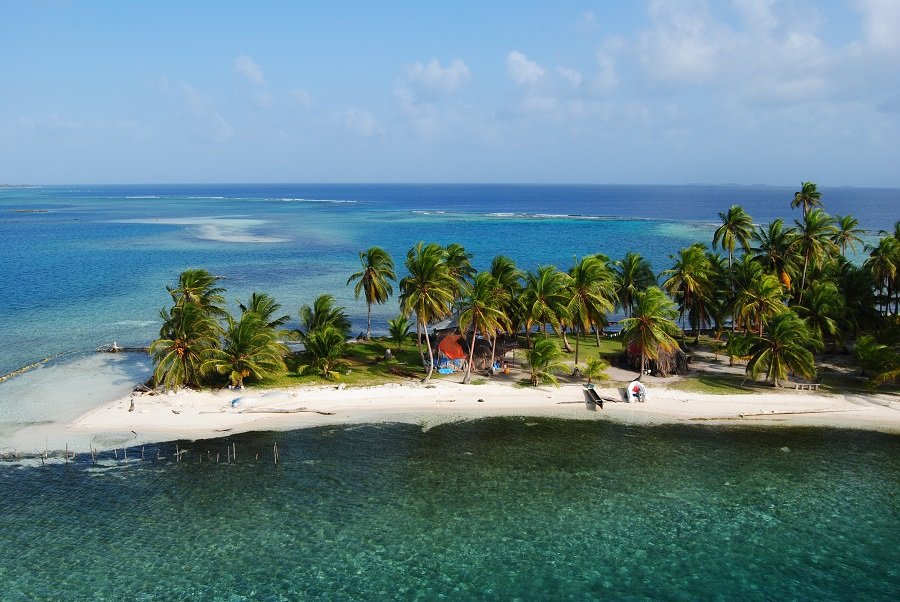 How to get to the boat:
How to travel to San Blas>>>

Minimum number of days you can book: 3

Discount for children of 12 y/o and younger: 0%

Rates are for a private charter, unless indicated otherwise.

Rate includes; Lease of the catamaran with Captain and Crew member (fuel costs included). Use of the auxiliary vessel for different activities (fuel costs included). All breakfasts, lunches and dinners onboard (some food or dinners shall be eaten in the islands so you can learn about Kuna cuisine). Drinks onboard such as water and soft drinks, as well as wine and beer (which should be consumed in moderation), and some added cocktails. Excessive alcohol use onboard is prohibited. Fishing accessories, snorkelling equipment, kayaks and paddle . Bed clothes and towels onboard. Boat insurance. Fuel, petrol, water tanks.


If you have a general question about booking a sailing trip please follow this link.